Therefore, the United Nations is working to revive the World Mental Health Day, which falls on October 10 each year, to raise awareness about mental health diseases, and to educate individuals and societies about the importance of dealing with mental health as a necessity, and that like any disease that needs treatment, it cannot continue to be dealt with as a stigma. Shame.

Rather, the constitution of the World Health Organization states that “health is a state of complete physical, mental and social well-being, and not merely the absence of disease or infirmity.”

What does mental health mean?

The World Health Organization defines mental health as “a state of well-being in which an individual is able to dedicate his or her own abilities, adapt to normal stresses, work with dedication and effectiveness, and contribute to his or her community.”

Therefore, mental health is an essential foundation for coexistence between human beings and interaction with each other, and even work and enjoyment of life.

Accordingly, mental disorders can be considered as a disorder of what happens to a person and has various symptoms, often appearing with abnormal thoughts, perceptions, behaviors and abnormal relationships with others.

Mental disorders include a group of diseases, including:

How does a person know that he is mentally ill?

There are many people who already have mental illnesses, but for social reasons they do not go to the psychiatrist, which often leads to aggravating the situation and may reach the stage of self-harm or harming others, so it is important to go to the doctor if the person feels that there is a disorder infection.

The doctor alone can determine the type of mental illness that affects a person, and there is no room here to listen to the advice of parents and relatives that often reduce the importance of going to the doctor, but their advice should be more motivating to go to the specialist doctor to know the type of disease, the degree of infection, and determine treatment plan.

This is done through some tests that the doctor performs on a patient and follow up on his condition.

Is there a relationship between political and social conflicts and mental health?

The United Nations says that there are approximately one billion people around the world suffering from some form of mental disorder, and confirms that every 40 seconds someone in the world dies by suicide due to depression, and that there are 20 people who attempt suicide for every person who has actually managed to commit suicide.

In a report prepared by the World Federation of Mental Health on its website, it indicates that suicide is the fourth leading cause of death for people aged 15 to 19 years.

Noting that 77% of global suicides occur in low- and middle-income countries.

What increases the tragedy, according to the same union, is that there are about 75% to 95% of people who already suffer from mental disorders who are unable to access mental health services at all.

The organization notes that one in five children and adolescents in the world suffers from a mental disorder.

The organization says that 10% of the global burden of disease is represented by mental and neurological disorders, and 30% of the burden of non-fatal diseases.

How can mental illness be controlled?

Therefore, the World Health Organization has developed multi-sectoral strategies to confront this deadly disease. The organization refers to a set of things through which psychological and mental disorders can be controlled, including:

Interventions in early childhood, such as providing the necessary support to children to develop their skills, and working on the availability of activities aimed at promoting mental health in schools.

Empowering women in the socio-economic field

Providing the necessary social support to the elderly

Support and assistance to people affected by conflicts and disasters

Work to promote mental health in the workplace

Reducing poverty and providing social protection for the poor

No person on the face of the earth is completely safe from any of the diseases of mental disorders. Neither gender, age, success, financial level, nor any other prevent these disorders, exactly as cancer can affect anyone, but there are some tips provided by medical authorities To reduce the incidence of any of its diseases, including these tips that you must adhere to to protect yourself and others from infection, or for accuracy to reduce the chances of infection:-

Reduce following news, especially those that cause anxiety or stress when you watch, read or hear them

I always strive to eat healthy meals at regular times

Do things you love, even if they are simple, such as drawing and watching cartoons.

Connect with your friends, build relationships with people around you, and communicate regularly with those close to you

Reduce or abstain from alcohol use, and don’t make it a means to counteract fear, boredom, anxiety, and social isolation

Help others if you can

Is there a cure for mental health diseases?

Because it is a disease like any disease, there are actually treatments for it, and discoveries every day in dealing with diseases. The image that some imagine that psychotherapy is just talking with the psychiatrist, is not completely true, although this talk with the doctor is an essential and main part of treatment, but it is not all Thing.

There are already auxiliary drugs for mental and neurological diseases, the treatment of depression is done by psychotherapy, antidepressant drugs, and treatment of psychosis with old antipsychotic drugs in addition to psychological and social support, as well as other diseases that can be completely cured only if a doctor is resorted to right on time.

In general, never hesitate to go to a psychiatrist if you feel any disturbances you are experiencing, here only reduces your chances of being among the numbers of international organizations that monitor the number of victims of mental illness, or global suicide. 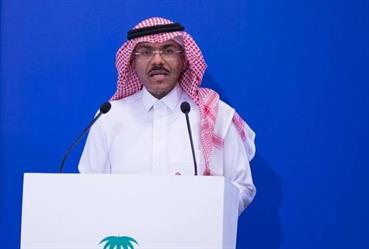